Only a few days left!

Check out out our humans’ gift registry site!  🙂 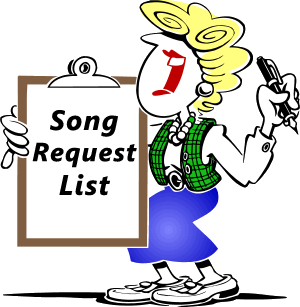 We are so excited to be finalizing details of our ceremony and reception! I thought I would collect song requests from friends and family via our blog. If you want your favorite song played, please comment below and you might hear it on the dance floor!

Have a great weekend everyone XOXO

We cannot wait to celebrate with all of our family and friends! We have been busy (understatement) with prepping and organizing for our nautical wedding and staying on top of our day to day happenings.

Make sure to RSVP 🙂  We cannot wait to see you all!

Counting down the days!! XOXO

A couple weeks ago Benjamin and I met again with the catering company; they also decorate and provide flowers. This is why we chose Blue Ribbon, they offer this convenient service and boy are they good at what they do!

Okay, so, I love pink. It’s no secret. Everyone knows. My family, my friends, my coworkers, strangers on the street know this. My fiancé knows this.

So this petite pink woman was shocked when her fiancé didn’t want ALL PINK LINENS. Utterly shocked.
😉

We compromised beautifully, and came up with something very classy, nautical, and I’m pretty much in love with the linens and how the tables will be set up. We are still deciding on escort cards, but that’s for another day. We have the big stuff decided on, out of the way, and we are happy about it 🙂 Please don’t worry, there will still be plenty of pink at our wedding. Just maybe not as much as you were expecting with me as the bride.

Onto the flowers. Our wonderful professionals pointed out that I liked big, fluffy flowers and helped us decide on our floral bouquets and arrangements. That was a little more detailed than I thought it would be, and it also made me realize I know nothing about flowers. I am so delighted that Ben’s father and sister will be providing their beautiful Dahlias for the ceremony! Can’t wait for all the big fluffies! Can’t wait! The Lobaughs are kind of a *big* deal in the Dahlia industry so it will be very special.

A sunny Wednesday in June would be the day I met my future husband.  Our first date.

My mother and her husband were visiting, so I was eager to meet Ben during her visit.  I wanted this for a couple reasons.

1. Cori friend signed me up for eHarmony, and I wanted her to be with me for mother/daughter bonding and safety.  Who was going to be concerned if I didn’t return home from this first date?!

2. I was too nervous to be alone to meet him for the first time.

3.  I think I talked, giggled, and thought out loud about him more than anyone wanted to know.  I couldn’t wait until after my mom went back home.

I sent Ben an email, suggesting that we meet ASAP for all of the reasons above, I think we agreed that Ben could pick the when and where.

But first my mom and I late-night stalked Ben’s blog.  Anyone who follows his website knows he posts great material for the pre-girlfriend-turned-fiance-and-love-of-his-life-soon-to-be-wife.  We laughed at how one video was so ridiculously geeky and adorable an open box video was, and took great viewing pleasure in regards to his VW bus….  Just remembering how he loved how she “purred.”  I knew I had to meet this character.  And my mom gave me the OK.

Ben was rather cryptic about our when and where; but he gave me details of our first date in an email.  We met at the Warren G. Magnuson Dog Park in the early evening.  I wasn’t nervous (maybe just one or two butterfly flutters) since I had gone for a run and hot yoga in addition to other errands during the day.

I arrived early at the park, ready to see this man.  He had been texting me while he was driving, and he would be late!  Twenty minutes late.  Good thing I waited around 🙂

In all honesty, I only remember bits and pieces of our first hours spent together.  It was all sooooo wonderful!  I said yes, didn’t I?

He was adorable.  Total computer guy, totally mine.  Wearing a plaid blue button up, khakis and tennis with Bella attached via leash and we was wearing a back pack.  He snuck Mariah a treat and then later explained he did this so the dog would later have a positive association with him.  I thought, she’s a lab, she loves any treats and any person who offers edible things.  I understood his logic, though 🙂

He bought me iced coffee and we trekked to the dog park.  His blue eyes were dreamy.  Are dreamy.

We were completely lost in each other the rest of the date.  After finding a bench on the water and eating sammiches he brought for me to make, we continued to walk aimlessly around the park, stretching out each minute to last for just a bit longer.

I do remember sitting on the bench, dogs whining in misery, Ben showed something to me while I leaned over his shoulder and all I could think about is how bad I wanted to rest my head there.  Later I would know how wonderful that felt 🙂

Things Ben shared with me on our first date that wanted me to make him mine:

His love and openness about God and being a Christian.

The peace in his eyes and voice when he talked about his sailboat.

The passion he had about Uganda and his nonprofit organization.  The love he had for his church and all the relationships that stemmed from City Church.

His common mentions of his family, which showed me he loved(s) them.  Very important.

His story telling – oh, his storytelling!

Holding his hand when he said grace before we ate.  That was tremendously sweet and so awesome!

We returned to the parking lot (it started getting dark) and I was extra attentive to wiping off Mariah before she got into the car.  We lingered, stalled, and stared at each other not wanting to leave.  We dilly dallied with each other about when we would next see each other, but didn’t make hard plans.  Later than night, or the next day, I told him that I knew we would most definitely see each other again so I didn’t feel the need to firmly schedule and confirm a second date.  I knew it would happen.  I had hoped that didn’t offend him.  He agreed.

I’ve been loving this man much longer than I’ve realized.  After our first date I didn’t know we were soul mates, but I am incredibly blessed to had shared such a perfect first date with the love of my life.

Now we visit “our dog park” frequently, and our fur babies love it.  We usually get a coffee beforehand, and stroll around admiring all the dogs.  Walking and talking just like we did that day in June.